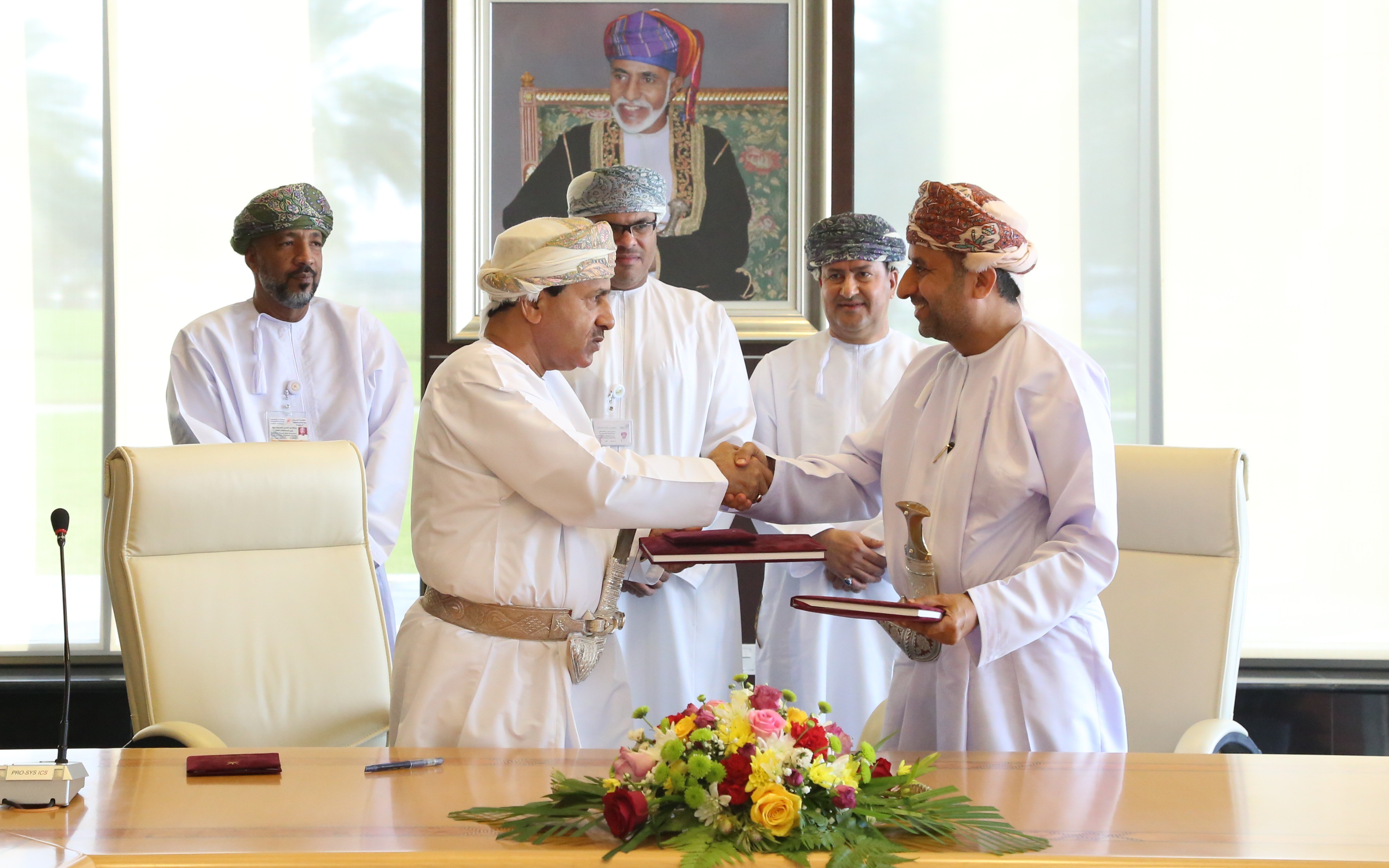 Dr. Mohammed bin Nasser Al Zaabi, the Executive President of the Public Authority for Civil Aviation, and His Excellency Dr. Hamad bin Mohammed Al Dhawani, Chairman of the National Documents and Archives Authority, have adopted a classification system for privacy documents and tables that have been extended to the Oman Partnership for Development, this morning (Wednesday, October 22, 2019), at the Authority's headquarters. The preparation of the system is in accordance with the principles and procedures contained in the Documents and Archives Law and its executive regulations, and based on the disclosure conducted by the Omani Authority Working Group in coordination with specialists from the National Records and Archives Authority on the types of files and documents circulating in the Authority.

Privacy documents are those that are unique to government units and because of which this unit was created. According to the work plan, a working group formed by the decision of the Executive President of the Public Authority for Civil Aviation in coordination with the National Archives and Documents Authority, contacted the relevant structures and administrative divisions of the Oman Partnership for Development to prepare a nominal list of The documents and privacy files of the Authority, including the various administrative divisions. This has resulted in the completion of the procedural tools, namely, the preparation of retention schedules and the classification system.

The procedural tools of the document management system include schedules for the retention of privacy documents. These procedural tools are the main pillar for building a modern system according to the latest international standards which are adopted in this field, while it’s based on the registration and classification of documents, and coding according to the classification system designed for this purpose to distinguish and facilitate reference. This system can also be built and applied in the processing of documents from its inception and through the phases, which will help in the codification of all destruction, transfer and carry over of documents on the one hand, and respect the retention period on the other.

This system is considered a modern document management, archives, mechanisms and multiple procedures in this regard in terms of preparing an index of the different types of documents and files for all the specialized administrative divisions in the Public Authority for Civil Aviation . It is worth mentioning that the number of bodies that have been adopted so far reached 60 government agencies.