Press release on the occasion of the blessed Renaissance day 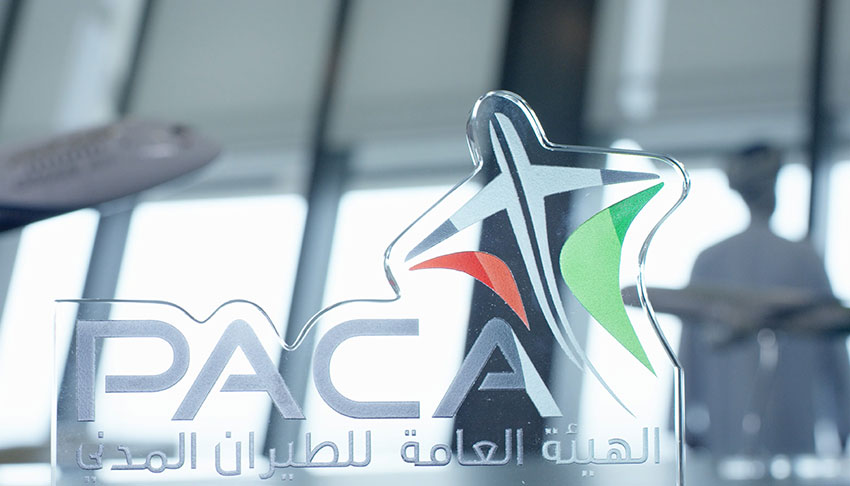 The Civil Aviation Sector in the glorious era of His Majesty Sultan Qaboos bin Said has made remarkable achievements which was recently crowned with the commercial operation of the passenger terminal at the new Muscat International Airport. The new airport was created with the best designs and modern international standards equipment enhancing the level of security, safety and environmental protection, with unique and diverse elements that represent civilization, modernity and diverse nature. A capacity of the passenger terminal at the new airport is up to 20 million passengers per year in the first phase to be an honorable gateway to Oman and a pioneer in the modern civil aviation industry.

These successive accomplishments are represented through insightful and strategic vision of His Majesty Sultan Qaboos bin Said in enabling infrastructure, supporting the national economic development and raising efficiency and productivity, which in turn will enhance the advancement of the provided services, enablement of the logistics and tourism sectors and development of the promising investment opportunities.

The continuous efforts of the civil aviation sector are a testament to the PACA's efforts since its inception as an independent Authority concerned with the organization of civil aviation to suit the size of the investments which are implemented by the Government in the development of aviation infrastructure in the Sultanate. In addition, the consequent expansion in the passenger market over the past few years, and a good rise in the number of flights, transiting aircraft and annual rates of revenue.

Through the optimal utilization of the global status of the Sultanate and its distinguished location at the level of air traffic in the Sultanate. The inauguration of Salalah Airport, which was designed in accordance with the latest and highest capabilities to ensure its future expansion, has played a prominent role in promoting tourism in the Sultanate as the gateway to entry to the Governorate of Dhofar in particular and the Sultanate in general.

In terms of regional airports, the terminal building at Sohar Airport has been expanded by Oman Airports Company. Besides that, Oman Aviation Group is currently working on a plan to propose the completion of the Airport Investment Project. With regards to Duqum Airport, the Construction work has been completed and is on the verge of operation. A study is under way on the establishment of an airport in Musandam Governorate, where the tender was assigned the appointment of the consultant and the issuance of the operating order.

By concerted efforts and continued cooperation to improve the level of the Authority and the sectors that fall under it, the aviation regulation is receiving the attention of the PACA to activate and improve the performance of the airports in the Sultanate. A number of accomplishment have been achieved in order to reach the highest standards of airport security while continuing to move towards the best and to achieve safety in the environment of civil aviation regulation according to the standards and recommendations which are based on smooth and streamlined functions of the sector.

In this aspect, the PACA has the following:

The PACA is continuing to enhance its role in the development of air navigation, as evidenced by the achievements of the past period. As part of the improvement of the Omani airspace, the supporting communications networks and expansion in the sectors of the airfields, the Omani airspace has been restructured, the emergency communications are expanded and the development of navigational communications is completed, as well as the procedures of take-off and landing by satellite. Moreover, the latest air navigation radar has been launched at Salalah Airport, one of the most significant achievements in the development of air navigation services in the Sultanate. In order to ensure the highest standards of safety and security of civil aviation and air navigation, and to ensure the Sultanate's commitment to meet the requirements of the Organization regarding the conditions and regulations for the provision of air navigation services around the clock. Regarding to emergency cases, the Air Navigation Emergency Center was inaugurated in Muscat.

In terms of meteorology, the PACA received a letter of appreciation and international praise from WMO for the Sultanate's outstanding role in dealing with exceptional climatic conditions to mitigate its effects. The last letter confirmed that this experience will remain one of the best examples for many countries which are exposed to tropical cyclones. This would translate into the great interest of the wise government of the Sultanate in the glorious era of His Majesty Sultan Qaboos bin Said in developing the Sultanate's potential in dealing with climatic conditions to reduce the risks associated with weather and climate change. In order to provide the best necessary services and weather information to all the beneficiary institutions and the various segments of the society, 76 stations were installed in various governorates of the Sultanate until the end of 2017 as part of the expansion of the network of monitoring stations. The Wadis Flood and Flood System Project has been implemented and the Standard Operating Procedures Manual of the National Multi Hazard Early Warning System (NMHEWS) in Oman has been developed. Further, the risk assessment of water immersion project and its seriousness on the Omani coast

was completed as well as study of the idea of a weather-based pollutant tracking program.

The PACA's media plays an important role in enhancing internal and external communication and in the delivery of the voice of civil aviation of the Sultanate in various regional and international forums. The media has been given local, regional and international acclaim by the Regional Office of the International Civil Aviation Organization in the Middle East, as well as by the World Meteorological Organization. This is achieved due to the media role

role in delivering the accurate and timely information, publishing reports, notices, alerts and awareness-raising instructions in various languages ​​to ensure that the information reaches the largest segment of society in order to ensure the safety of citizens and residents in the Sultanate.

The recent increased growth in passenger and the transit aircraft in the airports of the Sultanate and accelerated air traffic is a clear indication of the nature of the civil aviation in the Sultanate and a significant increase in the provision of services and the success of investments and projects, which resulted in several benefits to the sector. This is reflected in the increase in statistics and revenues related to civil aviation, including the increase in the number of transit aircraft to the end of 2017 to 547,796 aircraft, while the movement of passengers at Muscat International Airport grew to 14,070,708 passengers. Therefore, all these statistics reflect the steady growth in the aviation sector, which in turn led to the growth of revenues of the civil aviation sector in general, including the revenues of the PACA, which increased by 127% during the period from 2014 to 2017, confirming the importance of this vital and promising sector to support the national economy.

On this occasion, HE Dr. Mohammed bin Nasser bin Ali Al Zaabi, Chief Executive Officer of the PACA, said: "First of all, on my behalf and on behalf of all my colleagues, I extend the highest congratulations and greetings to the highness of His Majesty Sultan Qaboos bin Said. We also congratulate the Omani citizen on this precious occasion, which is renewed every year with them the era of fulfillment of what has been accomplished in the auspicious era for the glory of the builder of modern Oman." Today we are witnessing great achievements in the civil aviation sector, which placed the Sultanate in a prestigious place of global competition in the level of aviation security and safety and environmental protection and infrastructure of civil aviation and air services. It is the result of the lofty vision of the future of this vital and promising sector. In compliance with this, the Government has not delayed providing the necessary support to implement this wise vision, as it is now seen on the ground through the Sultanate's international standing and the testimony of the leading international organizations in the fields of civil aviation, air navigation and meteorology in light of the latest developments in the field of air traffic. The great cooperation of all the partners of the PACA from government and private sector companies has also played a clear role in joining together towards the noble goal of achieving global leadership in the civil aviation industry.