Next Sunday ... The Sultanate will host the meeting of the Tropical Cyclone Committee of the Bay of Bengal and the Arabian Sea 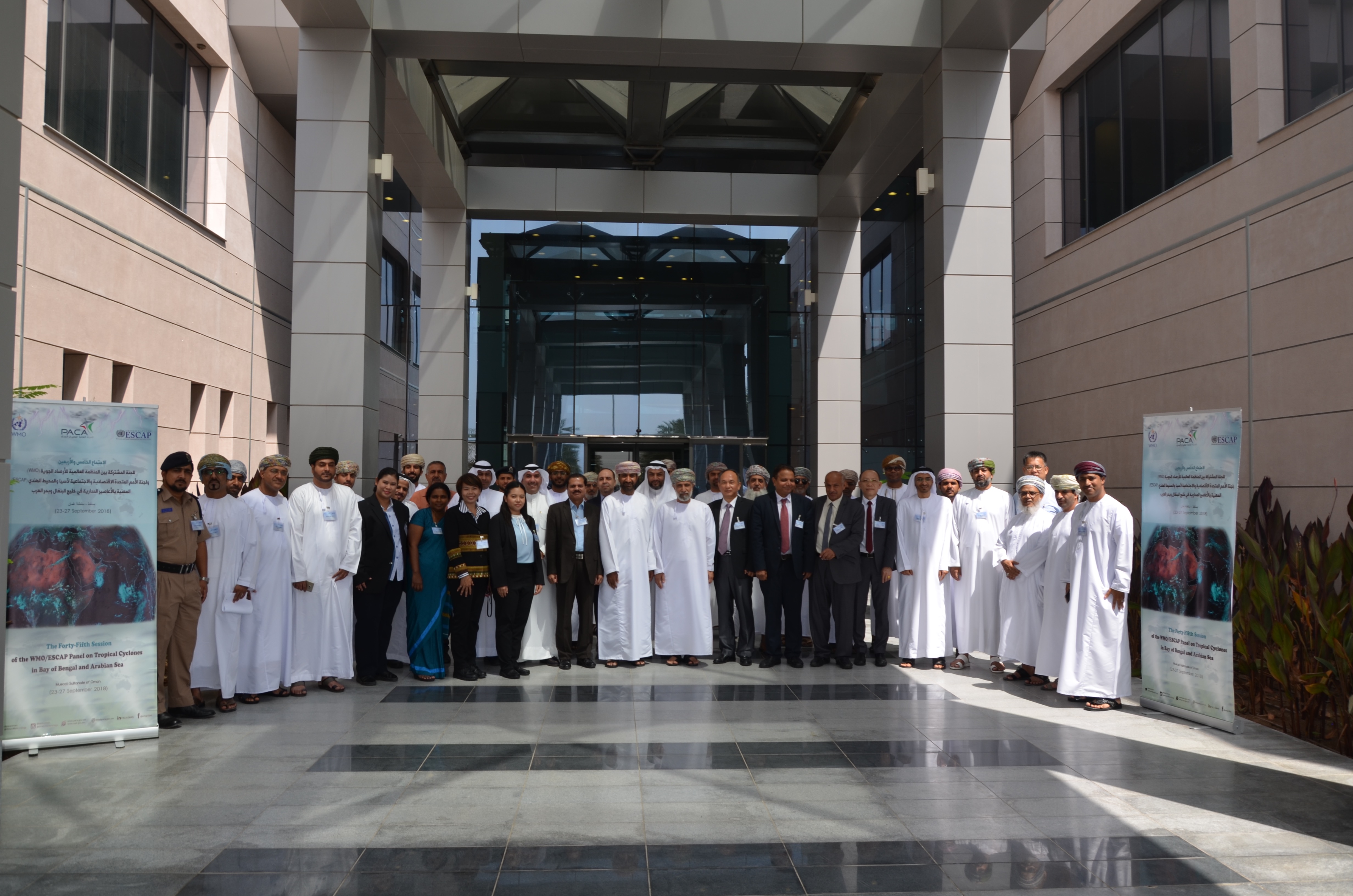 The Sultanate represented by Public Authority for Civil Aviation (PACA) will host the 45th session of the World Meteorological Organization (WMO)/UN Economic and Social Commission for Asia and the Pacific (ESCAP) panel on tropical cyclone in Bay of Bengal and Arabian Sea next week from 23 to 27 September 2018 in Muscat.

The panel aims at mitigating the socio-economic impact of tropical cyclone related hazards and promote strategies to improve tropical cyclone warning systems in countries effected by Tropical cyclones developing from Bay of Bengal and Arabia Sea. This five-day panel which is to commence on next Sunday, this year will have participation from different countries including Bangladesh, India, Maldives, Myanmar, Oman, Pakistan, Sri Lanka, Thailand and Yemen. Alongside, the participation of an observer delegation from Saudi Arabia, the United Arab Emirates, Kuwait and China.

The main objective of the Panel is to promote procedures to improve tropical cyclone warning systems in the Bay of Bengal and the Arabian Sea, including dissemination of technical information on tropical cyclone research and forecasting operations to mitigate the socio-economic impacts of tropical cyclone-related disasters.

In this regard, HE Dr. Mohammed bin Nasser Al-Zaabi, CEO of PACA, said: "The Sultanate is hosting the meeting this year in recognition of the importance of the objectives of this committee. In addition, the confirmation the Sultanate's support for the role of the committee in in attaining decisions and recommendations and implementing them to contribute towards improving the national capabilities in dealing with the risks of tropical cyclones. This is because of the geographical location of the Sultanate and its exposure to the Arabian Sea and the Indian Ocean.

He also praised the role played by Oman Meteorology in the PACA, which has achieved a high level of professionalism and competence in dealing with various weather and its changes. Especially the exceptional weather condition. Furthermore, Oman Meteorology has received great attention from the government under the wise leadership of His Majesty Sultan Qaboos bin Said - which was manifested in the establishment of the National Multi Hazard Early Warning System (NMHEWS) with the latest technologies and technical equipment. Besides, the strengthening of the metrological stations network in the Sultanate as well as the weather and sea wave monitoring radars and other facilities that support the Sultanate's capabilities in the field of meteorology and early warning. The best witness on that; PACA received international tribute from the World Meteorological Organization (WMO) after the tropical cyclone “Mekunu” for the Sultanate's distinctive experience in dealing with the tropical situation.

It may be noted that this is the third time that the Sultanate hosts this session. The first historical session was hosted in 2000 while the most resent one was in 2009.

The WMO/ESCAP Panel on Tropical Cyclones (PTC) is a regional authority jointly established by World Meteorological Organization (WMO) and Economic and Social Commission for Asia and Pacific (ESCAP) in 1973. It is associated with the Tropical Cyclone Program of WMO.